So the holiday bazaar at Pennridge was fun. I think the event itself had lots of vendors but attendance was a bit low. We were the only entertainment apparently scheduled and were booked late in the process so that probably did not help. It was the first year for this particular bazaar so I would assume it will be bigger and better next year. 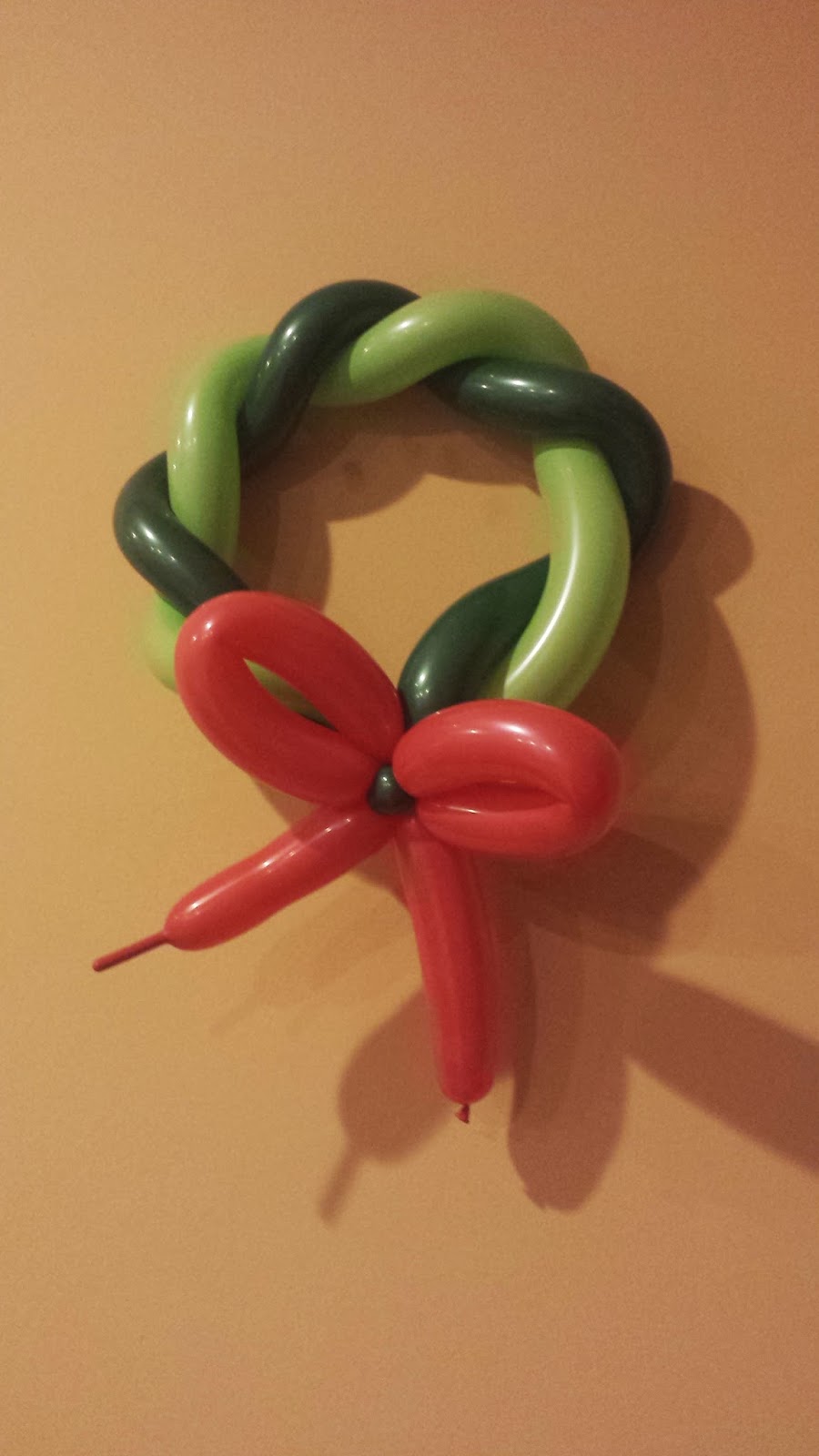 I brought by new signage which promotes me as both a magician and balloon entertainer. This drew particular interest from one boy who was clearly a magic fan, and many parents took a business card as well as a balloon sculpture.

But we weren't there for magic this night -- it was all about balloon artistry. We made the usual dogs and swords, and silly hats. A few slightly more advanced designs like an elephant and a teddy bear. The biggest hit was a Christmas Wreath complete with a festive red bow.